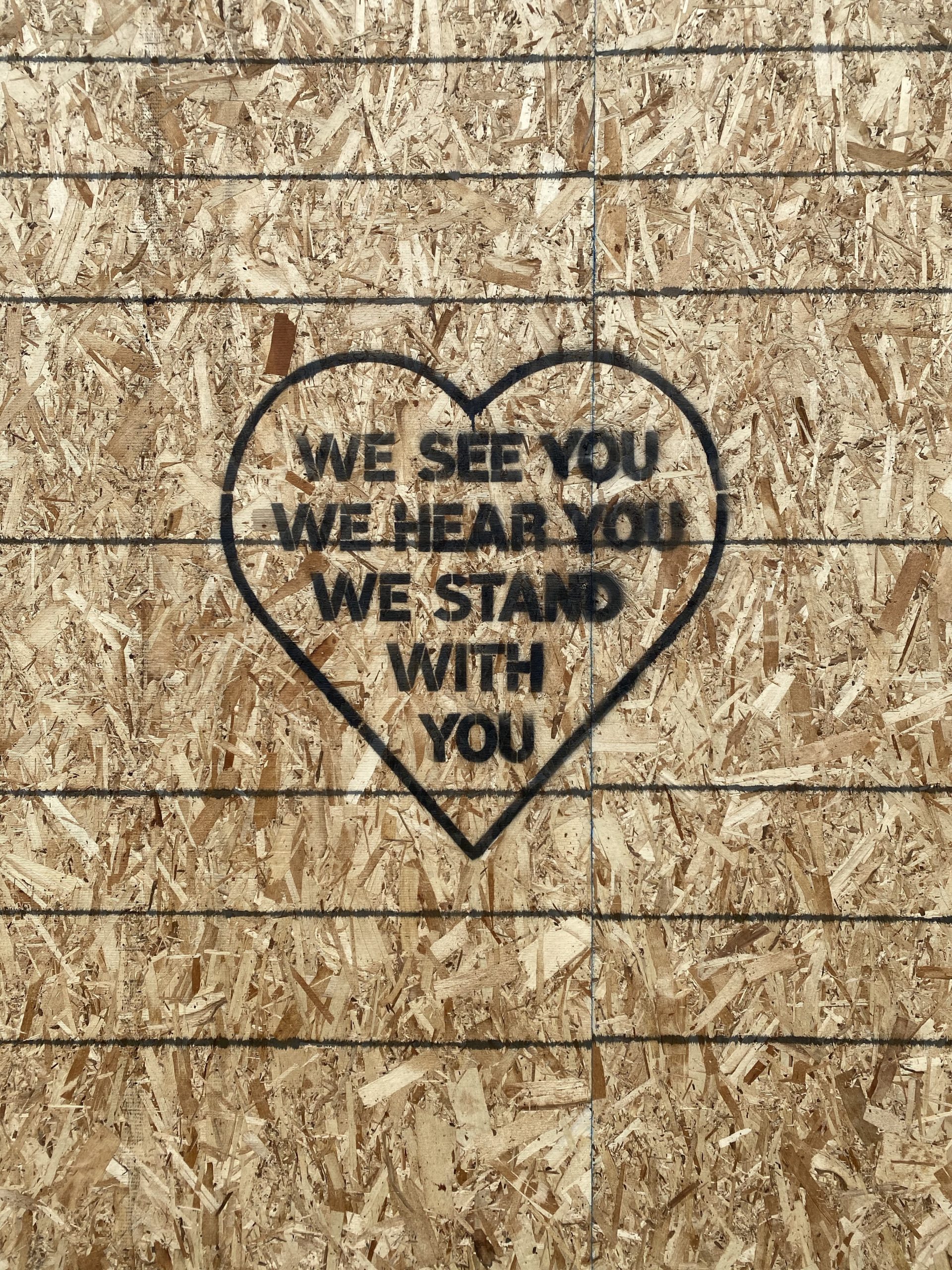 Muted: What I learned when I stopped talking.

Ok, so to be honest I almost didn’t write this post. I was worried that people would think I was virtue signaling, or “making it about me”… but I wanted to be real and share what I learned. And you know what? The truth is that it IS about me. It’s about me, and and lots of other people like me who have just stood by for way too long while racism and social injustice continues in our country. The killing of George Floyd shook me to my core. How is this still happening?

Like so many others,  before the events of last week, I thought I was “woke”. I was accepting, and not a racist AT ALL- but this week I realized that I still have a lot to learn. Just “not being a racist” isn’t actually enough. First, I watched Trevor Noah’s take on protests and looters  and it was SO eye-opening. I began to wonder what else I needed to see to expand my perspective. I started researching, listening, going deep on the gram, and devouring documentaries (do yourself a favor and watch 13th on Netflix). I had some hard conversations with family, I was humbled, I laughed, I cried, and I unfollowed some people on instagram.

On June 1st, I read about the #AmplifyMelanatedVoicesChallenge, which calls on social media users to focus on the social justice work of BIPOC (black, indigenous and people of color) amid the national protests surrounding racial injustice and police brutality in order to give a platform to those who are historically silenced or looked over. Here is what I learned during the seven days while I was on mute.

That “not seeing color” is part of the problem. Last week I posted a story where I said I was proud that my daughter didn’t see color. This week I learned that that statement is actually part of the problem. See, instead of being complacent when my daughter thinks of her friends of color as “just more tan” I need to explain to her all about their history and differences, why she should embrace them, why their childhood experiences may be different, and how she can support them. Todays Parent has a great list of 30 books to help talk to your kids about racism, and we’re starting those conversations right now.

I learned about my father. I thought I would share this story because it not only showed me how long racism has been alive and well in the police force- but what my father did to stand up against it. (And I just learned about it this week.) When my dad returned from the Vietnam war, he went straight to enlist in the LAPD. After a few months on the job, he came home one night in tears. He shared with my mom that as a rookie officer he was told by his senior partner (while that senior officer sat in the back of the patrol car with a young black man who they had arrested), to “keep his face forward and drive- and if anyone asks, we tell them the boy came in like this.” My dad was absolutely appalled by this abuse of power and blatant racism, and reported it immediately. He also quit the force the next day. (He went on to be a tour manager for Rick James, but that’s a story for another post.) I am proud of what he did, and to be honest I always thought he quit the force to work in music. I never knew the whole story. This is a great reminder that if you really want to show up for what you believe in, sometimes you have to demand change, and if it isn’t well received then you have to be prepared to walk away. I admire him for taking a stand, and am glad my mom shared this story with me this week.

Interior design is really white. Like, really white. As a white designer, “how do I help change this” was my first thought. I heard about @blackinteriorsdesignersnetwork on instagram, and I started following them because they have a ton of great ways to be an ally to Black designers. They also have a website, and a fund that supports the events and programs they provide to Black interior designers. Some other things I learned I can do right now: Source from black product designers, hire Black artisans and craftsmen, and demand more inclusion and diversity from our trade events and publications.

Voting in “smaller” elections is important too. I admit it, growing up I was guilty of some years only voting in the “big” elections, and not heading to the polls for local elections as frequently. This week my husband and I had a lot of conversations about our local government, and how showing up for EVERY election is where we can really use our power as voters to elect those who we feel will help impart the change and reform we are hoping for.. I looked up my local election dates, what was on the ballot, and marked my calendar. I will never skip a day where I can use my hard-earned right to vote again. If you are not registered to vote, you can do so here.

Edit who I follow on instagram:  Holy sh*t, did this one hit me hard this week. (Via some pretty angry DMs.) I am not sure about you guys, but I follow a boatload of people on instagram. Sometimes it’s because I find them strange (hello Elon Musk), inspirational (hello Malcom Gladwell), because I need a laugh (hello every stupid meme page) or sometimes it’s because I am curious about their views or political presence even if I don’t always agree with them. To make a long story short, this week I looked at who I followed because following someone is a small show of support, and so I did some unfollowing. I want to walk the walk and talk the talk so I only want to give support (even if it’s just a follow on instagram) to those who’s views align with mine. This was a simple act but a big lesson learned on my part.

Lastly, I learned that as a privileged white woman, I am probably going to screw up along the way during this process. I don’t understand what it’s like to be discriminated against because of the color of my skin- and I never will. But I do believe that showing up imperfectly is better than not showing up at all. I am going to do the best I can to be a kind, compassionate human being, and to encourage others to do the same. I am going to apologize when I’ve done something that I didn’t realize may have hurt others, and I am going to correct course when needed.  I will be an ally.  (Learn more about Allyship here)  I will speak up when necessary, and I will not shy away from hard conversations with friends and family.

If you’re still with me down here at the end of this long-ass post, I want you to know that as we begin to post beautiful interiors once again, I will continue steadfastly to be teachable, vigilant, compassionate, consistent, and use my platform to promote peace, love and kindness above all else.